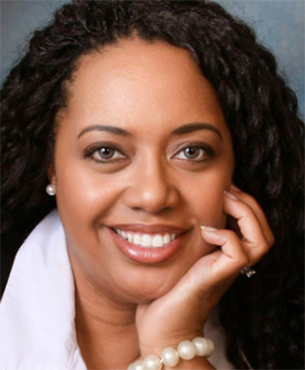 Tomieka R. Daniel, Esq. is the Managing Attorney for the Macon Office of Georgia Legal Services Program. Ms. Daniel is an Honor Graduate from Clark Atlanta University. She received her JD from Mercer University School of Law. Ms. Daniel has been practicing law since 2002 and she primarily handles family law, housing, elder law and family violence cases for low-income Georgians. Ms. Daniel is a sought-after presenter in the areas of domestic violence, teen dating violence and elder abuse, and she has provided training to legal advocates, attorneys, law enforcement officials and judges on issues surrounding domestic violence. She developed the Teen Dating Violence Prevention Project, which is designed to educate middle, high school and college students, as well as parents and educators on the realities of teen dating violence, to offer them legal solutions to those problems. To date, Ms. Daniel has presented her project to over 15,000 students, parents and educators. Ms. Daniel founded the Secrets & Stilettos Domestic Violence Awareness Program, which to date has provided prevention information regarding domestic violence, human sex trafficking, and dating violence to over 1,000 men, women and children in the central Georgia area. She is passionate about educating youth on this subject because Ms. Daniel’s hope is that if she can reach students before they are involved in a dangerous relationship, she will not have to represent that same youth to obtain legal assistance against an abusive partner. In 2008, Ms. Daniel was recognized as the first recipient of the Law and Public Service Program Award for Outstanding Public Service by a Recent Graduate. The award recognizes recent Mercer graduates whose professional contributions reflect an ethic of public service. In 2009, Ms. Daniel received the Justice Robert Benham Award for Community Service, presented by the State Bar of Georgia. In 2014, she received the Domestic Violence Task Force Member of the Year Award from the Georgia Commission on Family Violence. In 2015, she received the Woman of Achievement Award from the National Federation of Business and Professional Women’s Clubs, Inc. of Georgia. Also, in 2015, she received the Bensonetta Tipton Lane Award for Commitment to the Family from the Georgia Association of Black Women Attorneys. She serves as a member of the Alumni Board of Directors for Mercer University School of Law.