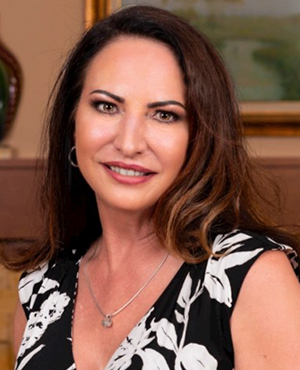 Stephanie Hanson is a survivor of acquaintance sexual assault who first reported her rape to a local rape crisis center and then the police department.  This decision was the beginning of a difficult journey through the criminal justice system.  Ms. Hanson worked diligently with a Sex Crimes detective to provide as much information and evidence as possible to successfully prosecute her rapist.  The investigation was presented to the District Attorney’s office but the Assistant District Attorney assigned to her case did not feel there was enough evidence to prove the suspect guilty beyond a reasonable doubt to a jury of twelve people.  Although sexual assault is far too common in our society, Ms. Hanson was surprised to discover that there is still a profound lack of understanding about the dynamics of sexual assault.  Based on this ignorance of the realistic dynamics, victims are all too often disbelieved, blamed, and viewed in stereotypic terms.  At one point, Ms. Hanson even felt accused of causing the crime to occur in the first place.  Unfortunately, this resulted in feelings of being revictimized by the very system designed to protect her and the community.

Ms. Hanson is dedicated to turning this experience around, by doing what she can to improve the criminal justice response to sexual assault.  She accepted a position on the Board of Directors for EVAWI because one of her main objectives is to create a safe place for women who have experienced a sexual assault, by encouraging legal reform through the education of judges, prosecutors, police, advocates and the community in general.  Her goal is to see that victims of sexual assault are not revictimized and to hold sex offenders accountable for their actions.

Stephanie Hanson is also a Trustee of the William H. Donner Foundation, a Governor of the Donner Canadian Foundation, and a Grant Researcher.  She was a Founding Member of the Board of Directors for EVAWI and remains as a member of their Honorary Board.

In addition to her work in the area of sexual assault, Ms. Hanson is very active in her community.   For example, she serves as an Honorary Board Member for both Scripps Hospital in Encinitas and Casa De Amparo, a home for abused children in San Diego County.  In fact, Ms Hanson has served as an advocate for Casa De Amparo in a variety of capacities over the course of 18 years, including serving as the Honorary Chair for their 2004 annual fundraiser, past Executive Vice President of the Auxiliary, and she volunteered on a weekly basis to play with many of the children in protective custody.