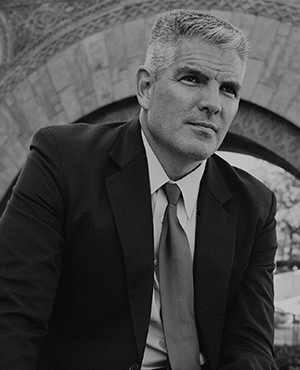 Roger Canaff is an attorney, public speaker, and author on child protection, abuse and sexual assault cases. He has prosecuted sexual abuse and violent crimes against women and children in multiple jurisdictions in the United States, and has provided technical and legal training to prosecutors and victim advocates around the world.  Roger is also an expert and consultant on the legal and social strategies institutions should employ to address sexual assault and abuse in their midst.

A graduate of the University of North Carolina School of Law, Roger began his career as an Assistant Commonwealth’s Attorney in Alexandria, Virginia, where he primarily prosecuted child sexual assault and child abuse. Later he served as an Assistant District Attorney in Bronx, New York, in the Child Abuse and Sex Crimes Unit where he again prosecuted child sexual assault and child abuse, in addition to elder sexual abuse and abuse of those with disabilities.  Additionally, Roger served as a Senior Attorney at the National District Attorneys’ Association in the National Center for the Prosecution of Child Abuse, where he traveled the country lecturing and training frontline professionals on the technical and legal issues of abuse prosecution.

In 2007, Roger helped launch New York State’s Sex Offender Management Unit, where he served as Deputy Chief and managed a team of attorneys pursuing civil commitments for non-rehabilitated offenders.  Two years later, he accepted a position as a Highly Qualified Expert for the Department of the Army, where he trained and advised military prosecutors in investigating and prosecuting sexual assault cases within the armed forces. He left federal service in 2012 and now consults, writes and speaks around the world on issues pertaining to sexual and physical interpersonal violence.