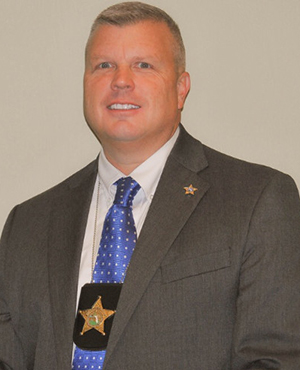 Sergeant Richard Mankewich specializes in teaching sex crimes investigations strategy to law enforcement agencies. With Florida Council Against Sexual Violence, he helped develop and launch Florida’s trauma-informed sexual assault investigations training program that is now taught widely across the state. A 27-year veteran with the Orange County Sheriff’s Office in Orlando, Florida, Sergeant Mankewich supervised the Sex Crimes Squad for 12 years where he investigated, reviewed, and oversaw more than 14,000 sexual assault cases.  Holding the rank of Sergeant for the past 19 years, he has supervised a wide range of units, including Uniform Road Patrol, DUI Unit, Narcotics, Drug Interdiction, Motors, Property Crimes, and Child Abuse.    Sergeant Mankewich transferred to the Sexual Offender Surveillance Squad in July 2016 where he is tasked with supervising the movements of over 2,400 sexual offenders.

Sergeant Mankewich has a strong personal commitment to sex crimes investigations.  He serves on the board of directors for End Violence Against Women International. He was appointed to the board of directors for the Victim Service Center of Central Florida in 2011 and served on the Office on Violence Against Women Advisory Committee for the Child Advocacy Center of Orlando.  For three years, Sergeant Mankewich served on the Florida Statewide Sexual Assault Response Team (SART) Advisory Committee and chaired the Law Enforcement Subcommittee.  Sergeant Mankewich is also a member of the Child Protection Team, Orange County Sexual Assault Response Team, and the Child Abduction Response Team.

Sergeant Mankewich has lectured at the University of Central Florida, and at law enforcement and victim services conferences throughout the nation.  He has presented on topics related to sex crimes investigations, including investigative canvasing, corroborating victim statements, interview and interrogation, victim interviews, major case management, trauma informed investigations, and pre-textual phone calls.  He has provided professional subject matter expertise and consultation for law enforcement agencies throughout the United States.

Sergeant Mankewich has a Bachelor’s Degree in Criminal Justice and has completed the 400-hour Command Officers Development Course at the University of Louisville.