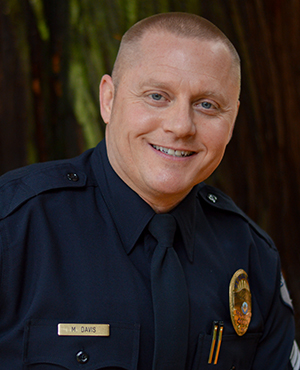 Mike Davis retired as a police sergeant for the Vancouver, Washington Police Department in June of 2018. He has been a police officer since 1991 and served as a police officer in Illinois, prior to relocating to Vancouver. He designs and delivers trauma-informed training to law enforcement and their community partners on domestic and sexual violence.  Sergeant Davis worked with community partnerships and department resources to help establish the City of Vancouver’s first Domestic Violence Unit and served as the first Domestic Violence Sergeant. In 2004, he was named Outstanding Law Enforcement Officer by the Clark County Prosecuting Attorney’s Office for service to the victims of Domestic Violence. From 2006 until 2012 he supervised Detectives and Probation Officers while he coordinated the city’s response to domestic violence crimes. Under his leadership, in 2009, the Vancouver Police Department’s Domestic Violence Unit was named Community Partnership Team of the Year by the Washington State Department of Corrections.

Sergeant Davis also serves on the Clark County Domestic Violence/Sexual Assault task force. He served on the Washington State Attorney General’s Advisory Board on Domestic Violence and the Washington State Fatality Review Project. Sergeant Davis is a national speaker on the issues of domestic and sexual violence and has presented for the Battered Women’s Justice Project, End Violence Against Women International, North Dakota Council on Abused Women’s Services, Washington State Correctional Association State Conference, Portland State University, Clark College, and various community organizations. He is the author of three book chapters, one on investigating domestic violence cases and the others on law enforcement response to intimate partner sexual violence. Sergeant Davis currently works as an expert consultant in the field of domestic and sexual violence response. In 2018 he began assisting in the development of Washington State’s new “Sexual Assault Investigations: Victim–Centered Engagement and Resiliency Tactics” course, which has become a model for other states. Sergeant Davis is also a certified teacher of wellness and resiliency skills used in the Community Resiliency Model of a trauma informed response.