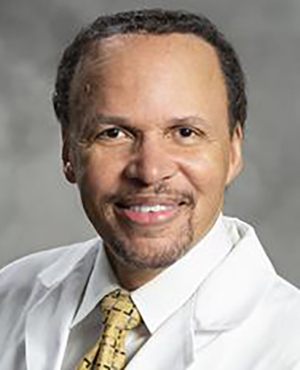 Michael L. Weaver, MD, FACEP, has served as Medical Director for St. Luke’s Hospital’s Sexual Assault Treatment Center in Kansas City, Missouri, since 1980. St. Luke’s established the first private Sexual Assault Treatment Center in the country, and was part for the first/largest SART program in 1974. He is currently Medical Director of the Clinical Forensic Care Program, and he is a founding member of the Kansas City Interdisciplinary Response to Sexual Assault (KCIRSA), and a founding board member of End Violence Against Women International (EVAWI).

He is also a member of the American College of Emergency Physicians task force that developed and published the “Evaluation and Management of the Sexually Assaulted or Sexually Abused Patient.” He has lectured for several organizations including the National College of District Attorneys, participated in a video “Presenting Medical Evidence at Trial” developed by the Department of Justice, National Judicial Education Program, and worked with the Department of Justice’s, Office on Violence Against Women to develop their “National Protocol for Sexual Assault Forensic Exams (SAFE).” He received recognition from the Kansas City, Missouri Police Department for his efforts to improve care of sexual assault victims, and in 2005 the “Visionary Award” from the International Association of Forensic Nurses (IAFN).