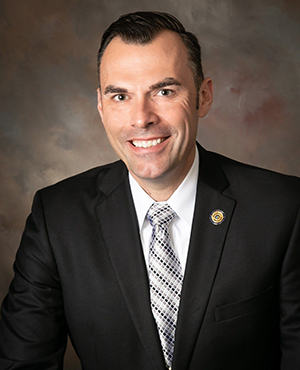 Matthew Stegner is a Senior Investigator with the New York State Police Campus Sexual Assault Victims Unit. In this role, he investigates instances of sexual assault, dating violence and stalking involving college students attending 26 colleges in New York State. Matthew is also tasked with providing training to university police, campus safety, local law enforcement, and victim advocates. His training focuses are: Trauma – What it is and How it relates to Disclosures (designed for civilians), A Trauma-Informed Response for Law Enforcement, Sexual Assault Investigations – Additional Tools and Methods and Stalking – Effective Strategies. Matthew designed the Sexual Assault Investigations training module for the New York State Police Bureau of Criminal Investigation. He is a Master Instructor of general topics for the Department of Criminal Justice Services (DCJS) in New York State as well.

Matthew started his law enforcement career in 1998 as a patrolman with the City of Atlanta Police Department. In 2002, he joined the New York State Police where he served as a trooper for eleven years and an investigator for five years prior to his current role as a Senior Investigator. His career has brought many recognitions – City of Atlanta Police Department nominated him for Officer of the Year and New York State Police named him a Trooper of the Year (Troop T – SP Buffalo) five times, Investigator of the Year (Troop A) twice, and Special Recognition Investigator (Troop A) twice. He is a New York State Police Superintendent’s Commendation Award Winner and earned the F.B.I. N-Dex Award. Matthew has an associate’s degree from Erie Community College and a bachelor’s degree in criminal justice from Hilbert College. He lives in Western New York with his wife Shana and three children, Joshua, Ella, and Allyson, where he coaches girls’ softball and serves on the Orchard Park Little League Board of Directors. Matthew also sponsors a criminal justice scholarship at the Wallace D. Ormsby Center in East Aurora, NY.