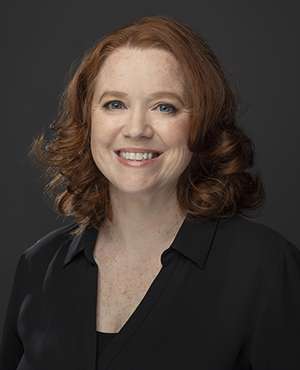 Lt. Rebekah McKinzie specializes in trauma-informed sexual assault investigations and patrol response. She has spent approximately half of her 17-year career in criminal investigations at the Gainesville, Florida Police Department (GPD). In 2015, while supervising the Child and Sex Crimes squad, Lt. McKinzie was integral to GPD becoming one of Florida’s first law enforcement agencies to train all investigators and patrol officers in the trauma-informed response to sexual assault. Adopting this approach has resulted in more successful outcomes for sexual assault investigations, and most importantly, for survivors.

Lt. McKinzie was inspired to implement trauma-informed responses after attending a training on the topic by the Florida Council Against Sexual Violence. She recognized that the effects of trauma were largely misinterpreted by detectives, which interfered with their ability to properly interview victims and investigate sexual assault cases.

Based on her success integrating trauma-informed practices at GPD, Lt. McKinzie was selected to become a law enforcement trainer for the Florida Council Against Sexual Violence. She travels throughout the state instructing law enforcement, corrections staff, military, prosecutors, medical professionals, and victim advocates how to apply trauma-informed approaches to cases of sexual assault.

Lt. McKinzie is involved with her local county’s Sexual Assault Response Team. She recognizes that there is still much work to be done, and her current focus as a patrol shift lieutenant is improving the initial response to domestic violence and sexual assault by law enforcement to improve outcomes for survivors.