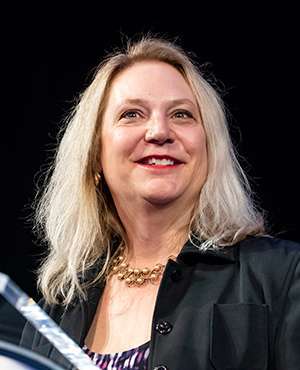 Dr. Kimberly A. Lonsway’s extensive career has produced research and training on sexual violence and the criminal justice and community response systems. After earning her PhD in the Department of Psychology at the University of Illinois, Urbana-Champaign. Dr. Lonsway went on to serve two years in a post-doctoral fellowship conducting interdisciplinary research at the American Bar Foundation, four years as the Director of Research for the National Center for Women and Policing, and an additional four years as the Director of Research and Training for Chief Penny Harrington & Associates. She also taught courses in psychology and quantitative research methods at the University of Illinois (Urbana-Champaign), DePaul University College of Law, and California Polytechnic State University.

A prolific writer, Dr. Lonsway co-authored a book with Chief Penny Harrington entitled: Investigating Sexual Harassment in Law Enforcement and Nontraditional Fields for Women. She has also written over 100 training modules, bulletins, articles, book chapters, and other resources. She served for five years as Co-Editor of Sexual Assault Report, a bimonthly publication of the Civic Research Institute.

Over her career, Dr. Lonsway has trained thousands of professionals, testified as an expert witness in both criminal and civil court cases, and responded to countless inquiries from researchers, practitioners, educators, survivors, policymakers, and the media. She also volunteered for over 15 years as a victim advocate in two communities. In 2012, she was awarded the first-ever Volunteer of the Decade Award from the Sexual Assault Recovery and Prevention (SARP) Center in San Luis Obispo, California.

In 2003, Dr. Lonsway was invited to serve as a Founding Director for End Violence Against Women International (EVAWI), a fledgling nonprofit dedicated to improving criminal justice responses to sexual assault and other forms of gender-based violence. In 2004, she assumed the role as Director of Research, and she has since helped grow EVAWI into the premiere criminal justice training organization on sexual assault investigations, providing superior training and resources, influencing national policy, and mentoring a new generation of leaders. In 2011, EVAWI expanded its impact with the launch of Start by Believing, a public awareness campaign designed to transform the way society responds to victims of sexual violence. With campaigns in all 50 US states, several US territories and protectorates, and numerous countries, this vision is now becoming a reality, changing the world for victims, one response at a time.