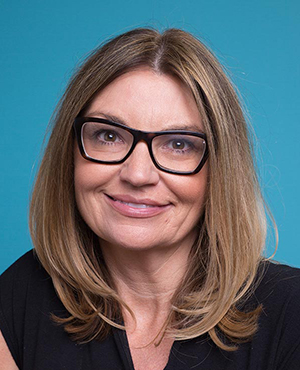 Kay has over sixteen years experience in the violence against women field at state, national and international levels. As the Executive Director of the Coalition to Abolish Slavery and Trafficking, Kay leads the only organization in the U.S. that is exclusively dedicated to working on the human rights issue of trafficking. There, she oversees a dedicated team of fifteen staff who compose three divisions: Social Services, Legal Services, and Training and Advocacy. CAST boasts a National Training Program on Human Trafficking as well as a model Social Services Program for providing intensive services to survivors of trafficking. Later this year, CAST will be opening the very first shelter in the country designed explicitly for trafficked victims.

Prior to joining CAST, Kay was Director of the Rape Prevention Resource Center of the California Coalition Against Sexual Assault. There, she directed a nationally renowned Resource Library, Training and Technical Assistance Division, a Curricula Development Division and a National Violence against Women with Disabilities Clearinghouse. Kay was also the Director of the Center for Community Solutions Rape Crisis Center in San Diego where she was responsible for a considerable increase in fiscal growth that enabled the expansion of the center to a second site. Kay was instrumental in the development of the San Diego County SART Program by bringing advocacy to the forefront through successful collaborations with criminal justice agencies. She has participated as an expert for the National Violence Against Women Technical Assistance Project on the development of SART programs and is a consultant for the Department of Justice, Office on Violence Against Women.

Kay has worked with state organizations such as the California District Attorney’s Association and the California Medical Training Center to promote community partnerships and collaborative approaches in responding to violence. She has written and directed a rape prevention video aimed at Southeast Asian youth, testified on bills related to violence against women and children, and established a solid rapport with the media. Kay spent over five years in Asia working with a network of non-governmental organizations on human rights issues. She participated in the planning of several international conferences, including the World Conference on Women.

Kay also serves as a lecturer, trainer and facilitator on violence against women issues. As an activist and leader in the movement to end violence against women, Kay has a personal and professional commitment to working with non profit organizations and promote them as leaders at the community, state, national and global level.