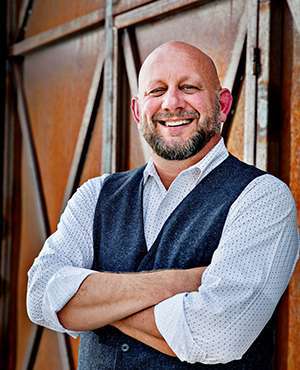 Justin Boardman served in law enforcement for 15 years with the West Valley City (Utah) Police Department. His first eight years were spent as a patrol officer. Justin then spent seven years as a detective assigned to the Special Victims Unit, where he was introduced to the Salt Lake County Sexual Assault Response Team (SART). There, he was exposed to a multi-disciplinary team approach that needed involvement from law enforcement. Justin worked tirelessly to improve the investigative process for victims, ultimately identifying weaknesses and gaps in the process, and working with the team to strengthen the process. It is through these efforts that SART is now uniquely positioned to influence statute and policy change on a statewide level, including passing mandatory processing laws that have helped eliminate Sexual Assault Kit backlogs and increased prosecution of perpetrators.

In his capacity as officer and detective, Justin was honored with numerous awards including the Police Star, multiple Life Saving, Distinguished Service, and Meritorious Service Awards, as well as Investigator of the Year for his work in West Valley City’s SVU. He also received the 2015 Utah Visionary Voice Award presented by the National Sexual Violence Resource Center and the 2017 Public Policy Award by the Utah Council on Victims of Crime.

Over the course of his law enforcement career, Justin conducted nearly 300 forensic child victim interviews, and 140 adult sexual assault victim interviews. He spent additional time with each victim, working through their trauma to build trust, ultimately building solid cases that increased prosecution, helped provide more effective procedural justice, and prioritized setting processes in place to treat victims with the dignity and empathy they deserve. In 2013, Detective Boardman co-authored a Trauma-Informed Victim Interview protocol for adult victims of sexual assault with Donna Kelly, Esq. This guideline uses the Neurobiology of Trauma to gain additional information to build the investigation. The process has been studied and has been shown to increase prosecutions, along with procedural changes. It is now the standard for the victim interview process in Utah and neighboring states.

Since retiring in 2017, Justin trains and consults globally on a variety of subjects, most notably the trauma-informed victim interview and trauma-informed investigations, which he relentlessly researches and re-designs to create better processes that seek to protect and empower victims. His focus is to strengthen investigations that are victim-centered, suspect-focused, and trauma-informed. He advocates for culture change within the justice system and law enforcement, with a focus on “policing with compassion.” Justin believes that police work done with compassion and empathy improves communication; builds bridges; establishes a system of consistency and belief; supports prosecution of those who harm; and, most importantly, supports survivors.