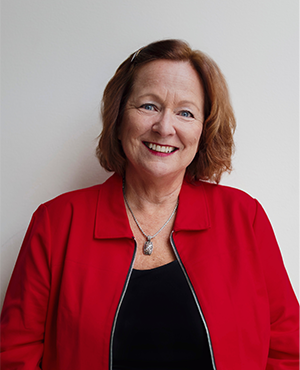 Sgt. Joanne Archambault (Retired, San Diego Police Department) is the Founder and Chief Executive Officer for End Violence Against Women International (EVAWI). Prior to founding EVAWI, Sgt. Archambault worked for the San Diego Police Department for over 22 years, in a wide variety of assignments. During the last 10 years of her service, she supervised the Sex Crimes Unit, which investigated approximately 1,000 felony sexual assaults each year. Under her leadership, the San Diego Police Department’s Sex Crimes Unit was recognized for pioneering research, groundbreaking victim-centered practices, and multidisciplinary collaboration that changed law enforcement responses to sexual assault across the nation. She also established and operated a highly successful for-profit training and consulting business for 22 years, providing expert guidance to hundreds of police departments and allied agencies, and training tens of thousands of practitioners.

In 2003, Sgt. Archambault founded EVAWI, a nonprofit organization dedicated to improving criminal justice responses to sexual assault and other forms of gender-based violence. Starting from scratch, she has grown EVAWI into the premier training organization on sexual assault investigations, providing superior training and resources, influencing national policy, and mentoring a new generation of leaders. She has authored more than 80 published articles, book chapters, training modules, bulletins, and government publications, and also served for five years as Co-Editor of Sexual Assault Report, a bimonthly publication with leading guidance for practitioners and academicians.

In April 2010, Sgt. Archambault was honored by U.S. Attorney General Eric Holder with a prestigious National Crime Victims’ Service Award for Allied Professionals. On October 27 of the same year, she was invited to meet with President Obama and Vice President Biden for the first assembly on violence against women ever held at the White House. In October of 2015, Sgt. Archambault was again invited to the White House by Vice President Biden to sit on a panel of law enforcement leaders tasked with addressing gender bias in policing. In April 2019, San Diego Mayor Kevin L. Faulconer, proclaimed April 23, 2019, to be “Joanne Archambault Day” in the City of San Diego in recognition of her decades of service and impact.

Despite the systemic advancements she helped attain, Sgt. Archambault has long recognized that improved criminal justice responses will not matter if victims are met with skepticism or disbelief from loved ones as well as professionals. In 2011, she therefore achieved a dream first envisioned while working in the San Diego Police Department’s Child Abuse Unit in 1985 – the launch of Start by Believing, a public awareness campaign designed to transform the way society responds to victims of sexual violence. With campaigns in all 50 US states, several US territories and protectorates, and numerous countries, this vision is now becoming a reality, changing the world for victims, one response at a time.