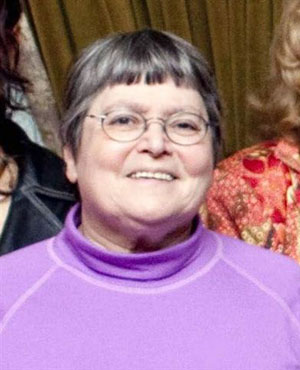 Joan Zorza, Esq. is the founding editor of both Domestic Violence Report and Sexual Assault Report, and has been working to end violence against women and children for over forty years. A member of the bars of Massachusetts, New York and the District of Columbia, she has written extensively on domestic violence, child custody, stalking and sexual assault matters, and is the author of the three volume set of books, Violence Against Women Volumes (2002, 2004, and 2006), and Guide to Interstate Custody: A Manual for Domestic Violence Advocates (1992, 1995). She was awarded by the City of New York Human Resources Administration for her work on behalf of victims of domestic violence in 2000, and by the Sunshine Lady Foundation for her work on violence against women in 2002, and received a Certificate of Appreciation by the Office of Justice Programs of the Department of Justice. She is on the research advisory committee of the International Association of the Chiefs of Police, a liaison to the American Bar Association’s Commission on Domestic Violence, President of the Legal Resource Center on Violence Against Women, served on the board for ten years and was President of the New York State Against Domestic Violence, and was on the board of the National Coalition Against Domestic Violence for ten years. Although she no longer represents clients, she previously represented or supervised lawyers and law students in cases on behalf of more than 2,000 battered women and almost 200 sexually abused children as an attorney at Greater Boston Legal Services and at the National Battered Women’s Law Project of the now defunct National Center on Women and Family Law.  Joan Zorza was a Founding Member of the Board of Directors for End Violence Against Women International (EVAWI).  She went on to serve for several years as Vice President for EVAWI’s Board of Directors, and now serves on the Advisory Board.  After more than forty years of tireless service, she remains involved with many organizations and continues to work through her writings and speaking to increase the safety of women and children.