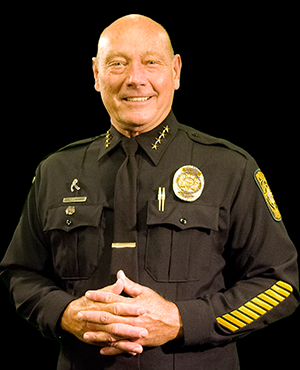 Actively involved in addressing issues surrounding gendered violence, Director Monahan has served on the Pinal County Domestic Violence Coalition, co-chair of the Pinal County Domestic Violence Fatality Review Board, board member and board president of the Community Alliance Against Family Abuse non-profit crisis shelter, and board member of Against Abuse Inc. Jerald also was appointed to the Arizona Governor’s Commission to Prevent Violence Against Women in 2003 and served as chairperson of the Commission from 2010 to 2013.

Director Monahan previously served as the Vice President and President of the Board of Directors for End Violence Against Women International, and as the Law Enforcement Liaison implementing the VictimLink program. He is currently a member of the Honorary Board for End Violence Against Women International and a member of the Cadre of Experts, providing training and consulting on a variety of topics related to domestic and sexual violence.