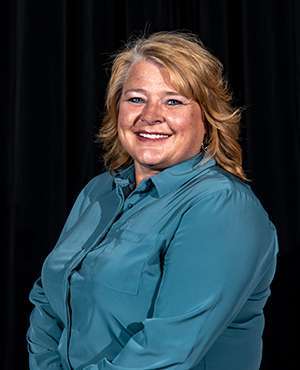 Catherine Johnson is assistant director for investigations at the US Center for SafeSport. Prior to this position, she served as an investigator at the Carteret County Department of Health and Human Services in Beaufort NC.

Other work experience includes serving as a Marine Forces Sexual Assault Prevention and Response Coordinator (SARC) assigned to the Marine Forces Special Operations Command at Camp Lejeune NC. Ms. Johnson served as an instructor/training coordinator with the North Carolina Justice Academy assigned to develop and implement training for law enforcement on the topic of violence against women. She continues to hold a General Instructor Certification for the state of North Carolina. Before moving to North Carolina, Ms. Johnson was a senior detective assigned to the Sex Crimes Section of the Special Victims Unit at the Kansas City Missouri Police Department. She has over ten years of law enforcement experience and over 400 hours of training in advanced police studies, specifically in sex crimes investigations and crisis intervention.

While employed with the Kansas City Missouri Police Department, Ms. Johnson assisted in training new officers for the Crisis Intervention Team as well as new recruits on what to expect if they are asked to handle a call involving a victim of rape. She has developed multiple training courses regarding the investigation of sexual assault. These trainings have been delivered at multidisciplinary conferences around the country, including Kansas City, MO; Columbia, MO; New Orleans, LA; Portsmouth and Manchester, NH, Choctaw, MS, Denver CO, and the U.S. Virgin Islands. In addition, Ms. Johnson developed training for sexual assault nurse examiners and advocates in the Metropolitan Kansas City area on what to expect from law enforcement during a sexual assault investigation.

Ms. Johnson has received several awards in recognition for her excellence, commitment, dedication, and tireless devotion to victims of sexual assault – she received a Certificate of Appreciation from Crimestoppers; a Meritorious Service Award, two Certificates of Commendation, and the CIT Officer of the Year Award from the Kansas City Police Department; a Visionary Award from St. Luke’s Hospital Forensic Care Program; CIT Officer of the Year from the National Alliance for the Mentally Ill; and the Sara Andrasek Memorial Award from the Platte County Prosecutor’s Office.

Ms. Johnson joined the EVAWI Board of Directors as an Advisory Board Member in 2010. She believes strongly in the work of EVAW International and became a Director the following year. She continues to serve on the Board and currently chairs the Public Relations Committee and serves as the Board Secretary.