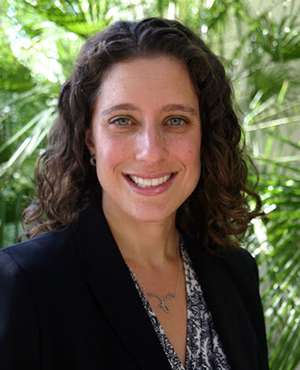 Caroline Bettinger-López is a Professor of Clinical Legal Education and Director of the Human Rights Clinic at the University of Miami School of Law. She recently completed a two-year term in the Obama Administration as the White House Advisor on Violence Against Women and Senior Advisor to Vice President Joe Biden. In Fall 2014, she was a Visiting Associate Clinical Professor and Acting Director of the International Human Rights Clinic at the University of Chicago Law School.

Professor Bettinger-López’s scholarship, practice, and teaching concern international human rights law and policy advocacy, violence against women, gender and race discrimination, immigrants’ rights, and clinical legal education. She focuses on the implementation of human rights norms at the domestic level, principally in the United States and Latin America. Professor Bettinger-López regularly litigates and engages in other forms of advocacy before the Inter-American Human Rights system, the United Nations, federal and state courts, and legislative bodies.

She is lead counsel on Jessica Lenahan (Gonzales) v. United States (Inter-American Commission on Human Rights, 2011), the first international human rights case brought by a domestic violence victim against the US She has worked extensively with advocates and government officials in Canada on issues of violence against Indigenous women and girls and collaborated with local advocates in Miami and Haiti to challenge US deportations to post-earthquake Haiti.

Professor Bettinger-López earned a J.D. from Columbia Law School, where she was a Harlan Fiske Stone scholar; and a Bachelor of Arts degree from the University of Michigan, where she studied cultural anthropology and earned Highest Honors for her senior thesis, which was later published as a book, Cuban-Jewish Journeys: Searching for Identity, Home, and History in Miami (University of Tennessee Press, 2000).