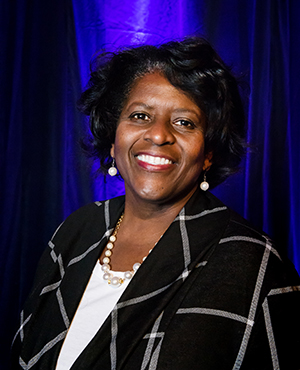 Aurelia Sands Belle is a Research Instructor in Charleston, South Carolina for a new initiative, the National Mass Violence and Victimization Resource Center (NMVVRC) of the National Crime Victim Research and Treatment Center at the Medical University of South Carolina. The mission of the NMVVRC is to strengthen the nation’s capacity to serve victims and survivors of incidences of mass violence through research, planning, training, technology, and collaboration.

Prior to her current position, Aurelia served as the Executive Director of the Durham Crisis Response Center in Durham, North Carolina, a community based domestic violence and sexual assault nonprofit center. Aurelia’s professional victim advocacy career includes direct services as a sexual assault advocate and leadership as an Executive Director of a rape crisis center and a comprehensive program for all crime victims. She initiated and organized the response to victims and witnesses during the 1996 Centennial Olympic bombing. During her career, Aurelia has served on national and local crisis response teams for incidents such as the World Trade Center explosion, student bus crash, tornadoes, hostage taking and prison rioting and bank robberies.

Aurelia became involved in systemic advocacy as the first crime victim advocate appointed to the Governor’s Criminal Justice Coordinating Council of GA and the Georgia Commission on Family Violence, Georgians for Victim Justice and the North Carolina Innocence Inquiry Commission. She currently serves as Vice-President of the Board of Directors for End Violence Against Women, International (EVAWI), as well as the North Carolina Governor’s Crime Commission, the NC Innocence Inquiry Commission and the Peace Corps Sexual Assault Advisory Council and the Board of Directors for the National Organization for Victim Assistance (NOVA).

Aurelia is the recipient of many awards, honors and recognitions including the U.S. Presidential Award for Outstanding Service and Commitment to Crime Victims (OVC). She earned a BA in Urban Studies from Oglethorpe University and a Master’s Degree in Community Counseling from Georgia State University.