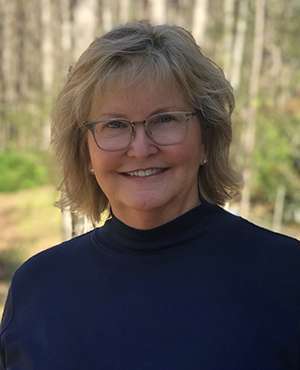 Ann Burdges is a nationally recognized expert consultant in the areas of sexual assault services executive leadership, statewide policy development, and criminal justice program administration. She served for more than two decades as CEO of the Gwinnett Sexual Assault & Children’s Advocacy Center (GSAC-CAC) in metro-Atlanta where medical, forensic, advocacy, and legal services for victims were provided under one roof.  GSAC-CAC, a model for centers across the country, also provided statewide sexual assault nurse examiner training.

Ms. Burdges is a former detective with Hillsborough County Sheriff’s Office in Tampa, Florida where she investigated sexual assault and other major crimes.  She has numerous Department of Justice (DOJ) and Federal Bureau of Investigations (FBI) certifications, in addition to the International Association of Chiefs of Police (IACP) Violence Against Women-Trainers Training, and the Office of Victims of Crime Training and Technical Assistance Center (OVC-TTAC) Advanced Trainers Training.  She provides state and national trainings for law enforcement on sexual assault investigations.  Ms. Burdges is an OVC-TTAC instructor, an EVAWI instructor for military and law enforcement trainings, and a team instructor for International Association of Forensic Nurses Sexual Assault Forensic Examiner Technical Assistance (IAFN-SAFEta).  Her extensive experience and subject matter expertise lends a distinct insight and perspective in providing training and technical assistance.

Ms. Burdges has served as an expert witness in Florida and Georgia Superior Courts, and the U.S. District Federal Court, northern district.  She has actively worked on legislative reform and provided committee testimony at both the state and federal levels, and has worked closely with the media on sexual assault public policy.

Ms. Burdges has served as an advisor with state and national boards, including Rape Abuse Incest National Network (RAINN), Global Training Concepts, Georgia-Sexual Assault Services, and EVAWI.  Service awards include the National Center for Women and Policing “Improving the Criminal Justice System for Women;” the American Business Women’s Association “Outstanding Achievement in Community Service;” the Ann Burdges Leadership Award named in her honor for exemplary leadership by Georgia sexual assault centers; and the 2013 EVAWI Professional Impact Award.  Ms. Burdges is the current president of the EVAWI Board of Directors.