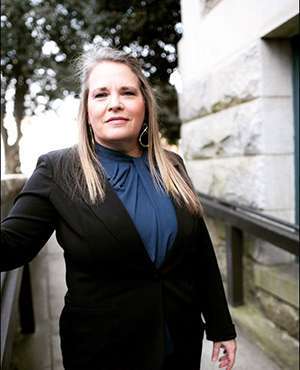 Amy Hutsell is the Program Director for the Sexual Assault, Child Abuse and Human Trafficking Unit with Georgia’s Criminal Justice Coordinating Council. She and her team have competitively secured over $15,000,000 in federal and private foundation assistance for the state of Georgia’s criminal justice initiatives. She oversees the Georgia SART Project that provides technical assistance and best practices training to Georgia’s 50 judicial circuits and 159 counties. She chairs the State SART Expert Committee, which provides guidance in the development of resources, such as sexual assault guidelines and model protocols. One such resource, The Georgia SART Guide, has been distributed across Georgia to law enforcement, SANEs, victim advocates, prosecutors, and judges. She provides training to local colleges and Sexual Assault Response Teams on best practices in victim centered and trauma informed response and sexual assault protocol development. She also oversees the state Sexual Assault Kit (SAK) project which has successfully addressed the state sexual assault kit backlog and is developing a statewide SAK tracking system. She also developed and oversees the Georgia Sexual Assault Kit Initiative Task Force which has provided answers to victims and families of cold sexual assault cases and sexually motivated homicides. She developed and currently oversees the Georgia Coalition to Combat Human Trafficking project, and Agricultural Labor Trafficking Task Force. She is responsible for the management of all state and federal grants providing direct service funding to sexual assault, child abuse and human trafficking victim serving agencies in Georgia.

Ms. Hutsell has over 16 years’ experience in sexual assault and child sexual abuse services. Previously, she was the Assistant Director of the Gwinnett Sexual Assault Center and Children’s Advocacy Center. She serves as a member of the Macon Girls’ Coordinating Council and was previously a Court Appointed Special Advocate.