All states and territories must now certify (as of January 5, 2009) that they are in compliance with these requirements in order to remain eligible for STOP Grant funds from the Office on Violence Against Women (OVW). 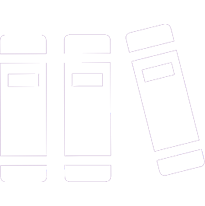 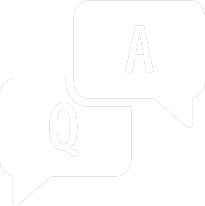 In 2005, the Violence Against Women Act (VAWA) was reauthorized with several landmark changes particularly affecting the response of law enforcement agencies and health care facilities to victims of sexual assault. This act, often referred to as “VAWA 2005,” specifies that states and territories may not “require a victim of sexual assault to participate in the criminal justice system or cooperate with law enforcement in order to be provided with a forensic medical exam, reimbursed for charges incurred on account of such an exam, or both.”  In other words, VAWA 2005 was designed to ensure that victims of sexual assault have access to a forensic medical exam free of charge or with full reimbursement regardless of whether they report the crime to police or otherwise cooperate with the criminal justice system.

All states and territories must now certify (as of January 5, 2009) that they are in compliance with these requirements in order to remain eligible for STOP Grant funds from the Office on Violence Against Women (OVW).  Yet communities face considerable challenges in designing a protocol for the initial response to a sexual assault disclosure, as well as addressing questions regarding payment for the medical forensic examination, mandatory reporting to law enforcement, storage and transportation of evidence, case tracking and retrieval, processing of evidence, and the potential for evidence-based prosecution (i.e., without the victim’s cooperation).  For many states and territories, the changes that are required in public policy and daily practice have been described as “monumental.”  Some of these questions are addressed in the “Frequently Asked Questions” document published by OVW.

VAWA 2013 is the most recent authorization of the Violence Against Women Act. This act, often referred to as “VAWA 2013,” retains all of the forensic compliance provisions from 2005 with two important changes. First, VAWA 2013 clarified that victims cannot be required to pay any out-of-pocket costs to obtain a medical forensic exam. Under VAWA 2005, jurisdictions were allowed to bill victims for the cost of the exam as long as they were fully reimbursed. However, this option was eliminated in VAWA 2013.

Also, in a critical advance, VAWA 2013 states that a governmental entity (such as a U.S. state, territory, or tribal government) will only be eligible for STOP grant funding if it coordinates with regional health care providers to notify victims of sexual assault of the availability of rape exams at no cost to the victims. This new provision has the potential to create a sea change in public awareness.

VAWA 2013 was enacted on March 7th, 2013, and the deadline for compliance is three years from that date. Therefore, communities have until March 2016 to be in compliance with the new provisions of VAWA 2013.

Forensic compliance refers to two specific provisions that first appeared in the 2005 reauthorization (and remain in place under the most recent reauthorization of VAWA 2013) regarding medical forensic exams for victims of sexual assault. These provisions read as follows:

Nothing in this section shall be construed to permit a State, Indian tribal government, or territorial government to require a victim of sexual assault to participate in the criminal justice system or cooperate with law enforcement in order to be provided with a medical forensic exam, reimbursement for charges incurred on account of such an exam or both (42 U.S.C.A § 3796gg-4(d)(1)(2005)).

Thus there are two dictates associated with forensic compliance. VAWA legislation states that victims of sexual assault must be provided with access to a medical forensic examination:

All states, territories and Indian tribal governments were required to certify compliance with VAWA 2005 by January 5, 2009 in order to continue receiving STOP funding. They must remain in compliance to retain their ongoing eligibility for STOP funds.

In May of 2009, EVAWI was awarded a grant from the Office on Violence Against Women (OVW) US Department of Justice, to provide technical assistance for professionals implementing a community response system that is compliant with the forensic medical examination requirements of the Violence Against Women Act of 2005, 42 U.S.C. § 3796gg-4(d). The grant has been renewed several times.

As part of this project, we develop and disseminate a number of resources for professionals to adapt for use in their own communities. These resources include a community self-assessment tool and sample policies, protocols, forms, and other documents to help implement VAWA forensic compliance.  We also offer detailed answers to Frequently Asked Questions. To submit a technical assistance request, please use the online portal on our home page.

This project is supported by Grant No. 2013-TA-AX-K045 awarded by the Office on Violence Against Women, U.S. Department of Justice. The opinions, findings, conclusions, and recommendations expressed on this website and all posted materials are those of the author(s) and do not necessarily reflect the views of the Department of Justice, Office on Violence Against Women.

Questions about the laws in your own state or territory? Answers can be found at SAFEta.org. This interactive map allows you to click on each state or territory, to find a detailed summary of the exam payment process specific to your area.

You can also download this document, which explains the laws and guidelines for each US state and territory, or review this 13-page Summary of Laws and Guidelines.

Cambria County, Pennsylvania offers a comprehensive sexual assault protocol which includes a well-designed procedure for anonymous reporting (for victims age 18 and over).  This protocol is thoughtfully designed and crafted with meticulous attention to detail.  It is also beautifully written, making it an excellent model for other communities seeking to implement a similar protocol in their community.  The final document is a consent form for victims who report anonymously, authorizing the collection, documentation, and release of evidence (to be stored by the municipal police department).  The form offers a brief explanation of key issues for victims, including the fact that they will not be billed for the exam, that their medical records will remain private, and that their evidence will be stored for 2 years.  Victims can choose whether or not they would like to be contacted 3 weeks before the evidence will be destroyed. If so, the form documents their preference and various methods of contacting them.

Many communities face challenges in establishing a response system that is compliant with the provisions of VAWA 2005 and 2013. EVAWI is currently providing technical assistance on this critically important topic.